Archive for the tag “Wardour Street” 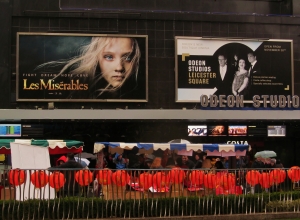 Odeon cinema, on the eastern side of Leicester Square, just to the south of Chinatown… 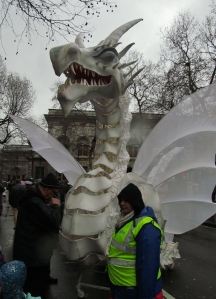 White dragon, at the southern end of the Charing Cross Road…

Steps leading down into Trafalgar Square, where Chinese New Year events were taking place all afternoon.. 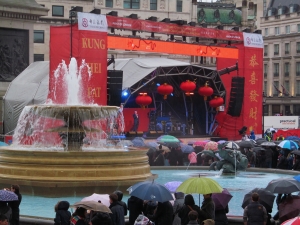 And here’s the stage where most of those events took place…and note the Hong Kong/Cantonese heritage of London’s Chinatown, with ‘kung hei fat choi’ instead of the Mandarin ‘gong xi fa cai’…

I didn’t catch this young singer’s name, but she told us she was on her first visit to London, and after singing her first song in Mandarin, she said she’d prepared a song in English, which I recognised as being ‘Venus’, a rock song from 1969, originally recorded by a Dutch group called Shocking Blue ;).

We were also treated to some elegant and colourful dancers :)…

Back to Gerrard Street, and the traditional Lion Dance, bestowing good fortune on the Loon Tao restaurant…

And here he is again, further along Gerrard Street, doing the same for the Golden Dragon restaurant…

And if you were wondering, it’s the Year of the Snake this year :)…

St. Paul’s Cathedral, as seen through through trees on the Victoria Embankment, from near Charing Cross… 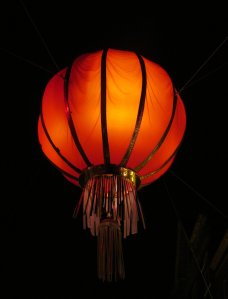 Large Chinese lantern, hanging above Wardour Street, at the western edge of Chinatown…

A lighted passage, running south off of Shaftesbury Avenue, near Piccadilly Circus… 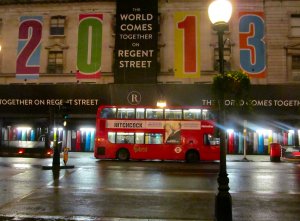 The World Comes Together on Regent Street 2013…