A rainy trip to the British Museum, and beyond…

Photography has played a major part in my life for a very long time, both in studying its history, and in taking my own photographs over the past few decades. In the course of the latter, I gradually acquired a range of good quality 35mm lenses using the Contax-Yashica mount, and with the demise of 35mm photography, swept aside by the coming of the digital photographic age, I was pretty much resigned to the prospect of some excellent 35mm lenses gathering dust and never being used again.

However, I fairly recently discovered that the digital Micro Four Thirds system, pioneered by Olympus and Panasonic, allows for the use of 35mm lenses, by means of a manual adaptor, on a digital body. So, I picked up a second-hand Panasonic GF1 body, and a Contax-Yashica adaptor, and here are some experimental shots taken with a Tessar f2.8 45mm lens.

I decided to try out the combination in the British Museum, and on a subsequent ramble down to the South Bank. I have to say there was a high failure rate, due mostly to camera-shake, and the mis-focussing of the lens (you’re obliged to use such a non-native lens in manual mode), and I also found it quite restrictive to use a fixed length lens which effectively has a focal length equivalent to around 90mm in 35mm terms. However, I’m still learning, and I’m happy with some of these pictures, so I’ll perservere for a while yet ;)… 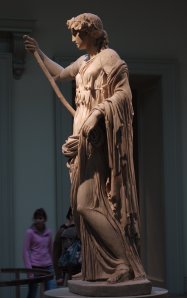 A female statue in the British Museum… 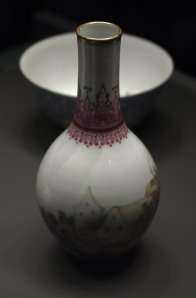 A couple of ceramics, juxtaposed… 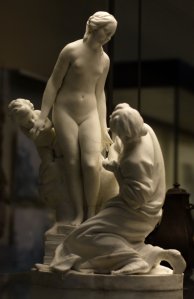 Maybe Venus, maybe someone else ;)… 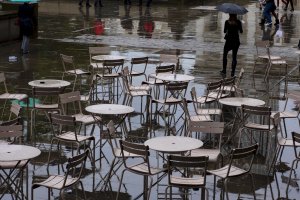 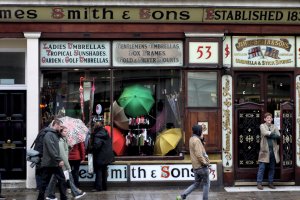 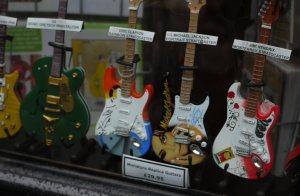 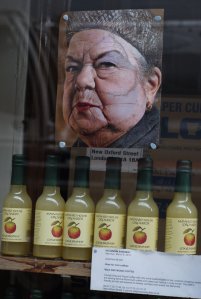 Ena Sharples, in the window of Wild and Coffee Company, New Oxford Street 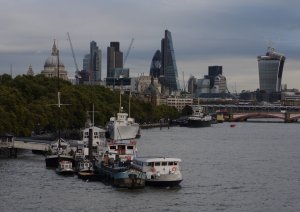 View of the City, from the north side of Waterloo Bridge… 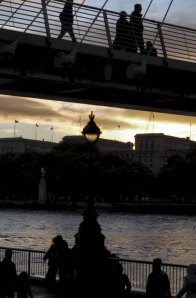 On the South Bank, beneath Hungerford Bridge… 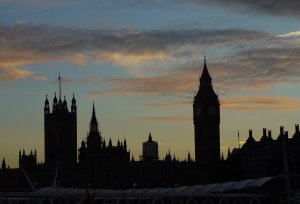 Autumn sky above the Houses of Parliament… 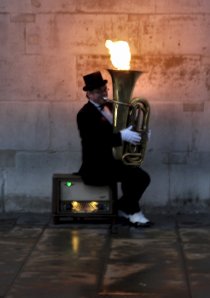 Same bloke (Christopher Werkowicz by name) as was busking at South Ken yesterday afternoon, now in front of the National Gallery, Trafalgar Square

On my way back to Leicester Square station, for a Piccadilly Line train to Arnos Grove, I passed a group of excitable screaming teenage girls surrounding a car outside the Capital Radio building, so I took this snatch shot of one of the objects of the girls’ desire. Apparently the band is called Union J, and for generational reasons, I’ve never heard of them…but then, I’d guess they’ve never heard of King Crimson, or Blodwyn Pig either ;)… 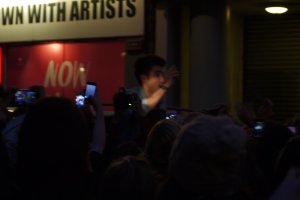 Outside Capital Radio, at the bottom of the Charing Cross Road…